Will Covid-19 Vaccines Continue To Protect Us From Hospitalization And Death?? 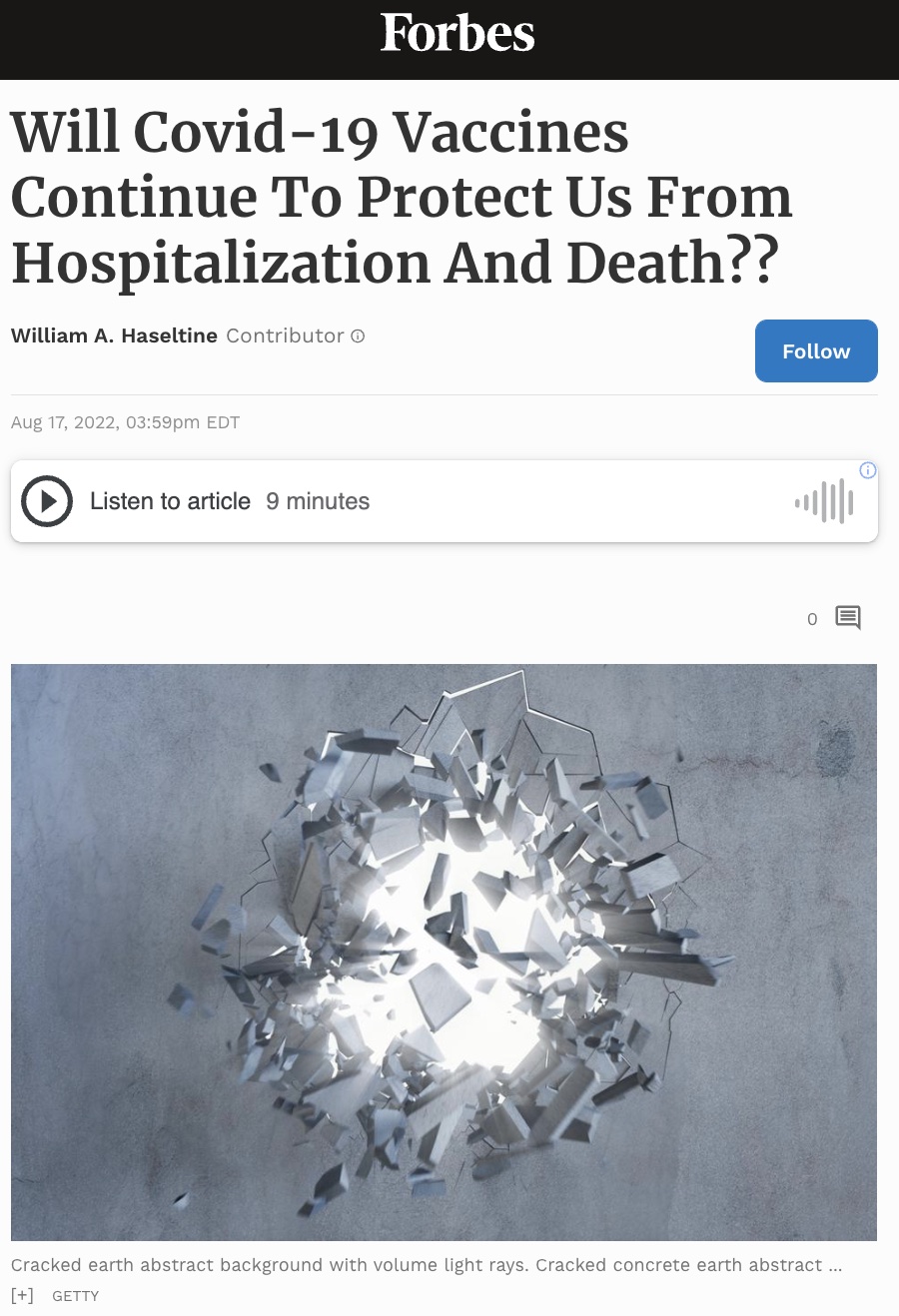 Vaccines are integral to our control of Covid-19—if not for preventing infection, at least for  preventing severe illness and death. But what if vaccine-induced immunity lost its efficacy against new variants on all accounts? Along with earlier work published by MIT, a recent study from Cardiff University places this thought into the realm of possibility. In their paper, Dolton et al. investigate the origins of a SARS-CoV-2 spike protein mutation and its impacts on T cell immune responses in recovering Covid-19 patients and vaccine es. Their analysis revealed that the SARS-CoV-2 spike protein mutation appears invisible to CD8+ T cells, thus dodging immune responses from previous infection and vaccines.

The efficacy of vaccines depends on adaptive immunity, the ability of the body to recognize organisms and structures not previously encountered. Adaptive immunity can be split into two classes: humoral immunity driven by antibodies, and cell-mediated immunity driven by “helper” CD4 T cells and “killer” CD8 T cells. While both contribute to the body’s adaptive immune mechanisms to counter foreign invaders, in the context of the Covid-19, cell-mediated immunity seems the more necessary component to SARS-CoV-2 recovery.

Current understanding dictates that much of the body’s ability to prevent infection comes from the humoral response; it’s now been very well documented that successive variants of SARS-CoV-2 evade by mutations primarily in the Spike protein. Each one of these successive waves of new infections allow the virus to infect people who were previously infected as well as evade the waning immunity such as provided by vaccines. However, these vaccines have proven effective in dramatically reducing, but not entirely eliminating, serious illness requiring hospitalization and death. The ability of vaccines to do so is thought by most researchers to be the result of recognition and clearance of the virus through cell-mediated immunity, primarily through CD8+ killer T cells.

After selecting their scope—CD8+ T cell responses observed through the HLA A*02 allele—the researchers identified which SARS-CoV-2 protein mutation to investigate. Considerations began in people recovering from Covid-19. One study revealed that the most frequent CD8 T cell responses in HLA A*02+ convalescent patients recognized regions of the virus within Spike residues 261-280, as well as ORF1ab residues 3,881-3,900. From this pool, Dolton et al. selected Spike residues 269-277 (YLQPRTFLL) for analysis. The most prevalent mutation in this T cell epitope is an amino acid substitution of proline for leucine, denoted as YLQLRTFLL or  P272L mutation.

The next step entailed contextualizing mutation P272L by noting its first appearance and frequency in several SARS-CoV-2 variants. The team compared global genome sequencing datasets of Spike residues 269-277 starting from January 1st, 2022 through the course of the pandemic.

They found that the two most frequently occurring mutations in this region occurred at position 272, with P272L widely distributed internationally. The mutation was first detected in lineages B1 and B.1.1.263 of March 2020; by June 2020, it appeared in B.1.177 and spread extensively throughout Europe (as shown in Figure 3).

To accomplish the first objective, the researchers recruited healthcare workers who had Covid-19 more than 28 days before sample collection in 2020. A polymerase chain reaction (PCR) test confirmed the status. The donors were screened for HLA A*02+ through antibody staining.

The team confirmed the wide response to the epitope, as twelve out of the thirteen patients who tested positive for HLA A*02+ also had CD8 T cells stained with HLA A∗02:01-YLQPRTFLL tetramer. In contrast, the P272L mutant failed to elicit a response. The YLQLRTFL tetramer did not stain T cells in four convalescent patients. Moreover, a T cell line created from tetramer+ patients did not respond to the mutant despite more than 128 different T cell receptors. Surrogate infected cells with full-length spike and the P272L substitution also failed to recognize  T cell clones, supporting the hypothesis that mutant P272L escapes all T cell receptors raised against the Wuhan sequence—a troubling find, as the Wuhan spike is the antigen in all current vaccines.

Dolton et al. also tested T cell responses in vaccinated individuals with no history of Covid-19 and screened positive for HLA A*02+. All seven vaccinees received either the AstraZeneca (ChAdOx1 nCoV-19) vaccine or the Pfizer (BNT162b2 2) vaccine. All participants had T cells which recognize the founder epitope—but do not recognize the  P272L mutation.

While it is possible that previously infected or vaccinated individuals could raise an entirely new response to the P272L Spike mutant, and that the YLQLRTFLL sequence could fall into a naïve TCR repertoire “blind spot” that most individuals cannot recognize, Dolton et al. ultimately conclude that T cells specific to spike epitope 269–277 cannot recognize the P272L spike. This, in turn, suggests that such a mutant could escape immunity induced from current interactions of AstraZeneca and Pfizer vaccines.

The emergence of a T cell escape variant of concern may be impending. The studies of Naranghai et al. and Dolton et al. reaffirm this possible peril. Mutation P272L increased in frequency in B.1.177, and emerged independently in other SARS-CoV-2 lineages. Eventually, a T cell escaping mutation could confer a strong selective advantage. As Dolton et al. mention in their work, “As the pandemic progresses, and SARS-CoV-2 reaches an optimal position with regards to ACE2 binding and cell entry, it is likely that other selective advantages (such as T cell escape) will become more important in the mix of potential advantages that the virus could develop to enable it to persist as a human pathogen.”

What of our best protections against Covid-19, vaccines and immunity from prior infection? These defensive measures may already be weakening. Evidence from Naranbhai et al. suggests that spike mutations in Omicron variant B.1.1.529 can reduce protection in about 21% of people previously infected and/or vaccinated. And should P272L or a similar variant emerge, we can expect even more T cell evasion than already exists.

Given this data, it would be advisable to monitor Spike epitope 269–277 and other viral proteins (ex: ORF1ab residues 3,881-3,900) for possible T cell escape. And Covid-19 vaccines, despite their ability to drastically reduce hospitalization and death, are not impervious to the threat of antigenic variation of SARS-CoV-2 spike. In the future, boosters may need to be altered to anticipate variants primed for T cell escape.