Protection In The Present From The Deep Past 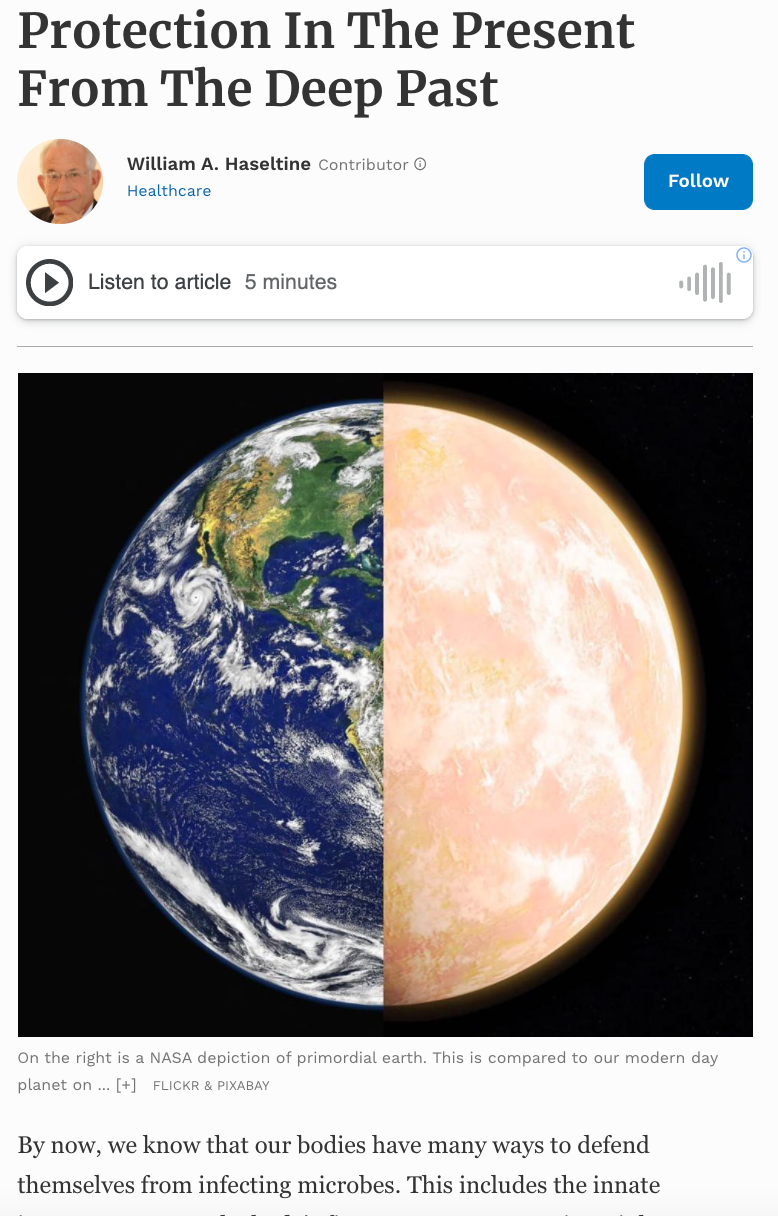 By now, we know that our bodies have many ways to defend themselves from infecting microbes. This includes the innate immune system— the body’s first response to organisms it has never seen before, and the learned or adaptive immune system which allows our bodies to recognize organisms we’ve already encountered.

Only recently has there been great progress in understanding our innate immune responses. However, we are still filling out the picture. A recent story, by Johnson et al., adds a new chapter to the book of innate immunity by introducing a protein called gasdermin. Here, we will describe gasdermins and the role they play against invading microbes in innate immunity.

Our story actually begins several billion years ago when bacteria were required to fend off viruses and other bacterial predators. These bacteria developed defense mechanisms to protect themselves.

Surprisingly, Johnson et al.’s recent paper shows that many of those defense mechanisms developed by our bacterial ancestors are employed by the human body today. Scientists have known of gasdermins for some time. However, this new discovery shows that gasdermins found in the human body are remarkably similar to our bacterial ancestors both in structure and mode of action.

In many ways, we owe our protection to these ancient systems and proteins.

In humans, gasdermins are part of the innate immune system and prevent the spread of bacteria and viruses by inducing a violent form of cell suicide in infected cells called pyroptosis.

These proteins are specialists in warding off disease, but how do they work? The gasdermin structure consists of two terminals: an N-terminal that is lipophilic, meaning it can enter any cell membrane, and a C-terminal that cannot enter the cell membrane. So long as the C-terminal remains attached to the N-terminal, a gasdermin is inhibited from any action. This means that the body keeps the gasdermin dormant and in reserve until it receives a signal that there is disease present in a cell.

Once the disease has been detected by another protein called caspase, the caspase will travel to the gasdermins and activate the protein by cutting its inhibitory C-terminal from its attacking N-terminal. This allows the gasdermin’s lipophilic N-terminal to enter the infected cell membrane.

Once the gasdermin has entered the cell membrane, it begins a process called oligomerization. During oligomerization, the gasdermin N-terminal recruits 27 other lipophilic gasdermin N-terminals and binds to them. This creates a long snake-like structure that self-assembles into a pore within the membrane. Once multiple pores have been created within the membrane, the contents of the infected cell spill out, effectively killing the cell.

In Johnson et al.’s paper, scientists at Harvard’s Department of Microbiology were shocked to discover unfamiliar genes in two species of bacteria: Bradyrhizobium tropiciagri and Vitiosangium. What was unusual about these genes was that they had never been detected in bacteria. However, they were suspiciously similar to genes that encode gasdermins in mammals. After analyzing the structure of the proteins produced by these genes through a process called x-ray crystallography, it was clear—the bacteria contained proteins that were akin to the gasdermins found in mammals.

The bacterial gasdermins adopted the same shape as the inactivated proteins in mammals. However, they did not contain the long C-terminal/protein responsible for keeping gasdermins dormant in humans. Instead, scientists found that the bacterial proteins were much simpler.

Bacterial gasdermins contain a small hook that stabilizes the gasdermin’s dormant state. Once the hook is cut away, the bacterial gasdermin is activated and is free to induce cell suicide in infected cells.

The presence of gasdermins in bacteria indicates that these proteins are a very ancient mechanism of immunity and are a remnant of our evolutionary past.

This study is a significant step forward for immunology and infectious diseases. As we begin to uncover more antimicrobial agents that have successfully defended organisms against viruses, diseases, and bacteria for eons, we may begin to see new advances in pharmacology that incorporate these natural defense systems in medications or other medical treatments.