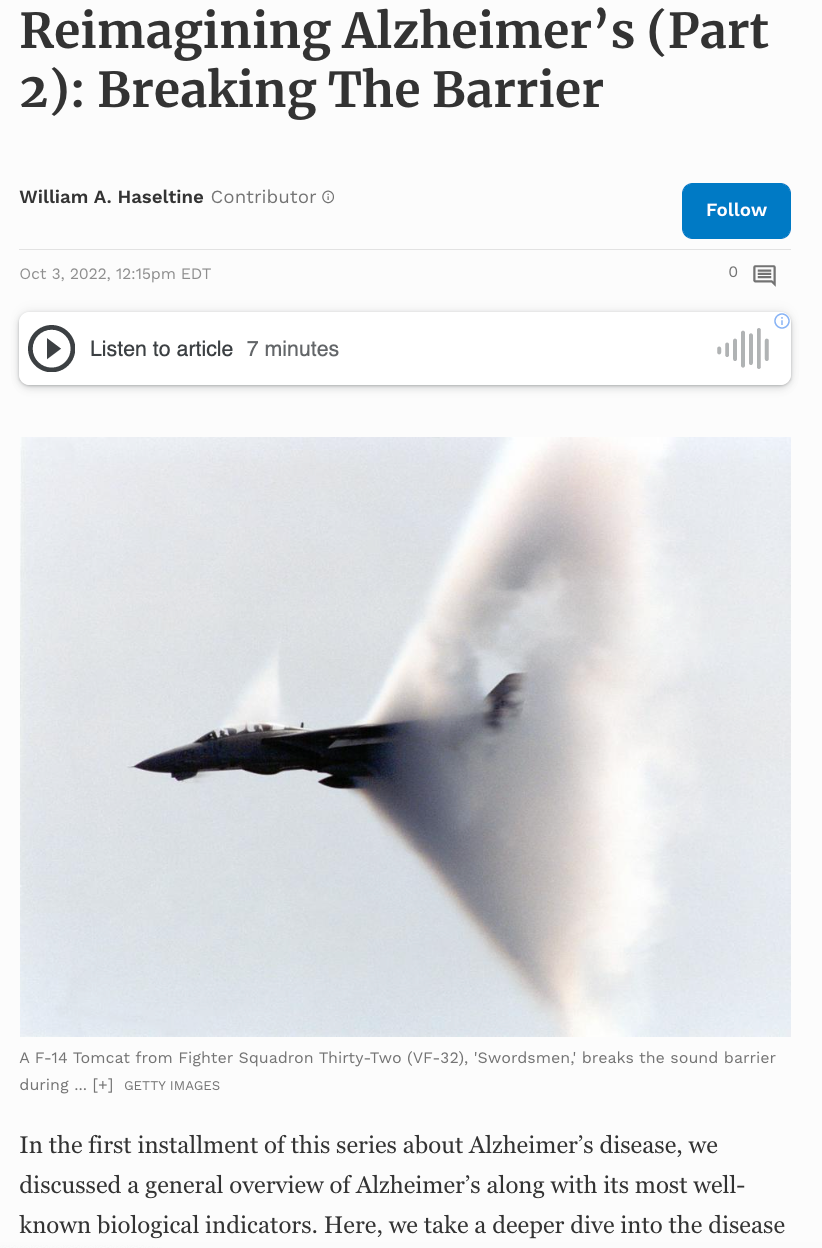 Mutations in the apolipoprotein E gene (APOE) are one of the strongest risk factors for late-onset Alzheimer’s. For many years, how these mutations in the APOE gene contributed to Alzheimer’s was not understood because the function of the gene wasn’t originally thought to involve the brain. Now, one particular mutation of the gene called APOE4 is known to be the biggest risk factor for Alzheimer’s and amyloid plaques, but it is still unclear how.

In a recent paper, researchers at the University of Southern California describe how APOE4 may cause molecular changes to a structure in the brain called the blood-brain barrier, leading to cognitive decline in Alzheimer’s patients. This discovery is an exciting clue into the root cause of cognitive decline in patients with Alzheimer’s.

The APOE gene is responsible for producing proteins that help carry cholesterol and other types of fat in the bloodstream. This means that APOE plays a large role in regulating the fats/lipids in our brain. Interestingly, fats and lipids help to maintain the brain’s primary defense system: the blood-brain barrier. The blood-brain barrier is composed of several types of cells that regulate which substances can reach the brain from the bloodstream.

Mutations in the APOE gene have previously been linked to damage in the blood-brain barrier as well as the development of beta-amyloid plaques. However, up until now, there has been no large-scale molecular analysis to study exactly how APOE4 affects this crucial barrier and how it may cause cognitive decline.

So how did Barisano et al. approach this question?

To explore the effects of APOE4 in the blood-brain barrier, Barisano et al. induced the APOE4 gene in mice and compared them to control mice with the typical APOE3 version of the gene.

First, the researchers were interested in determining how APOE4 might affect the expression of other genes in the brain. After running a full genetic analysis of the mouse brains, Barisono et al. found that of over 200 genes that were different between the mice, the majority had an increase in expression.

As the mice aged, those same genes continued to be expressed in overabundance. An additional large set of genes were also overexpressed as the animals aged.

What are these genes?

This study focuses on two types of cells in particular: endothelial cells which line the blood vessels and pericytes which play an important support function for the vasculature system throughout the body.

Barisono et al. found that proteins responsible for the structure of endothelial cells were especially impacted by APOE4. The proteins affected by APOE4 in pericyte cells were those that regulate gene expression. Since both endothelial cells and pericytes are crucial to the function of the blood-brain barrier, these results further confirmed that APOE4 likely leads to blood-brain barrier dysfunction and breakdown.

The next question that Barisono et al. sought to tackle was: how could APOE4 decrease cognitive ability in Alzheimer’s patients?

In particular, the researchers focused on one protein called postsynaptic density protein 95 (PSD95). PSD95 plays a large role in the synapse by supporting the structure and positioning of many receptors, membrane channels, and signaling proteins that are involved in communication between neurons.

In line with this observation, Barisono et al. also found that the PSD95 protein also displayed abnormal function in middle-aged APOE4 mice, but not in control mice.

For the past several decades, people have focused on tau and beta-amyloid as the major points of intervention for Alzheimer’s. This study offers the possibility that alterations in the blood-brain barrier may precede observed changes in amyloid plaques and tau. If this is the case, this study warrants a much deeper investigation into how the blood-brain barrier is disrupted and how it may lead into perceived changes in the brain and cognition.

Hopefully, as our molecular understanding of Alzheimer’s disease continues to grow, we will be able to develop treatments that can prevent the onset of Alzheimer’s or decrease its detrimental cognitive effects.