The Growing Threat Of Tick-Borne Disease Part I: Powassan Virus 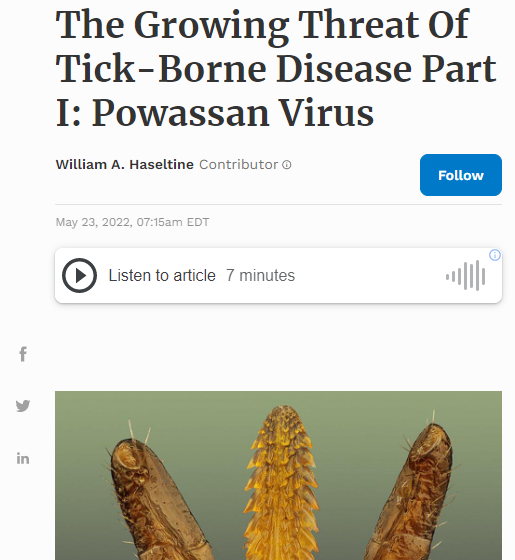 Ixodes sp. Hypostome and Palps. The hypostome of the tick is used to anchor itself into the skin of the host while feeding on blood. This barbed structure is covered in backwards-facing “teeth” to make removal difficult. According to the CDC, the best method of tick removal is to grasp the tick as close as possible to the skin’s surface using a pair of clean tweezers and pull straight upwards with steady pressure. Afterwards, clean and sanitize the area and dispose of the tick by putting it in alcohol, tape, or flushing down the toilet. ANDREA HALLGASS- FLICKR

This story is Part I of a series on tick-borne disease. Here we provide background information on the current state of tick-borne illness in the United States and then focus on the swiftly growing threat of Powassan virus.

This spring, when everything is in full bloom and you’re looking forward to spending time outside, you may have unwanted company. Although small, ticks carry many different potentially dangerous pathogens, and Powassan virus is one of growing concern.

This month, the Connecticut Department of Public Health reported the first case of Powassan virus in the state for 2022. The victim was hospitalized with neurological symptoms but recovered. Unfortunately, a person who likely acquired the pathogen in Maine was not so lucky, and died in the hospital this past April. Though the northeastern states are no stranger to tick-borne disease, Powassan virus, which carries a mortality rate of 1 in 10, is especially threatening. 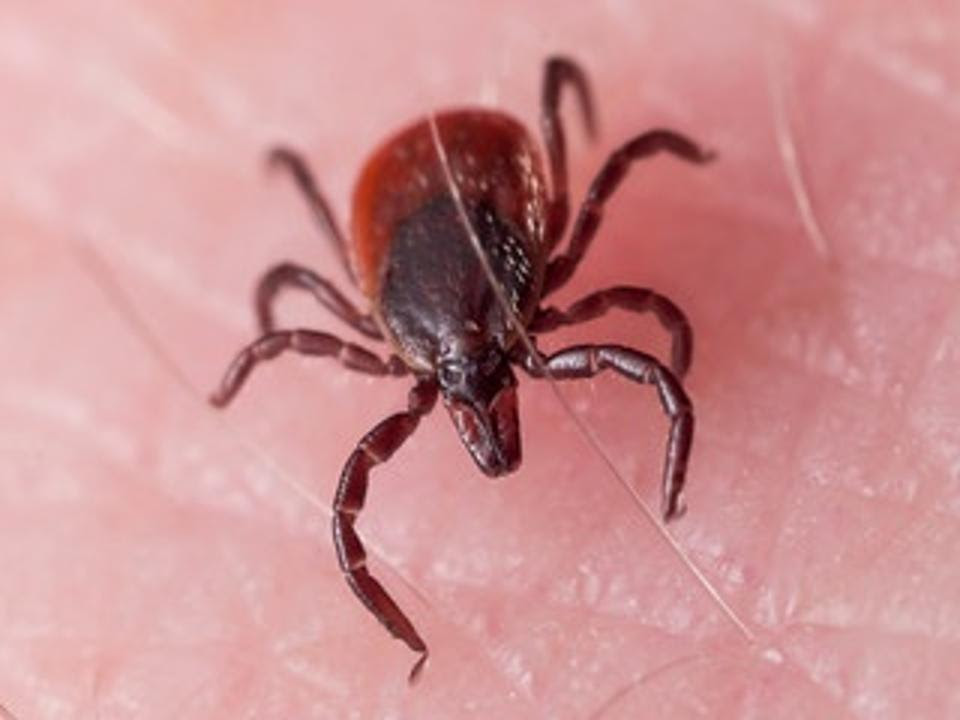 Carried and transmitted by both the Woodchuck tick and the vector better known for Lyme disease, the blacklegged or deer tick (Ixodes scapularis), Powassan virus can be transmitted from tick to human in a mere 15 minutes. Due to the combination of an incredibly short transmission time and the severity of the neurological symptoms of the resulting illness, Powassan virus is a growing threat to public health and safety throughout the range of the blacklegged tick, primarily across the Northeast and Great Lakes regions. 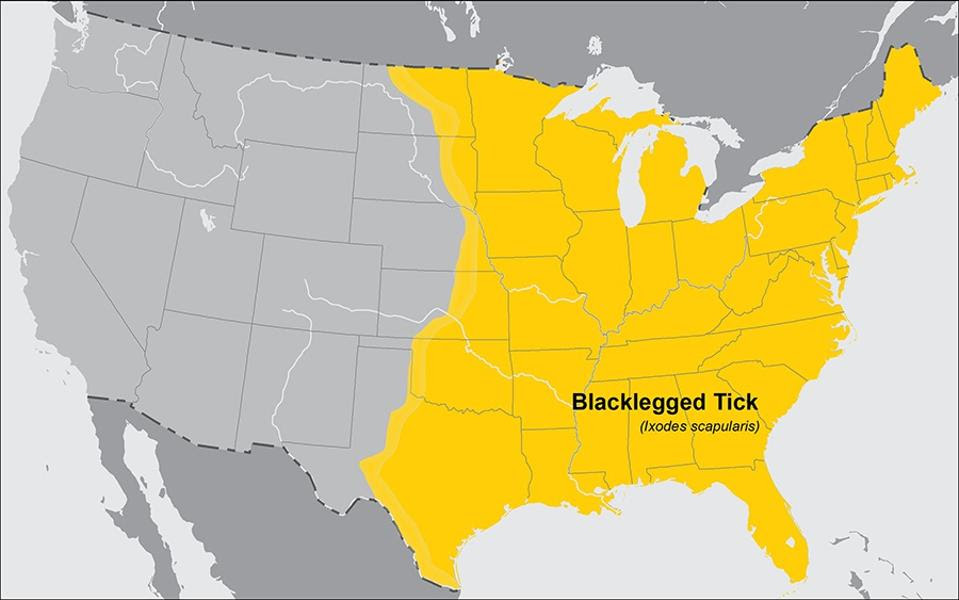 According to a report by the World Health Organization in 2020, vector borne disease accounts for at least 17% of all infectious diseases, resulting in over 700,000 deaths annually. Although mosquitos are primarily responsible on a global scale, in the United States a large majority is attributed to tick-borne disease. The official recognition and naming of Lyme disease in 1975, probably the most well-known of all tick-borne diseases, brought national attention to the important public health issue of vector borne disease. The scale of impact and significance has only grown since. In the past 13 years, disease cases from ticks, mosquitos, and fleas have tripled in the US. According to the CDC, in 2019 there were 50,865 cases of tick-borne disease reported in the US, and we have reason to believe that this is a major underestimate.

Although Powassan virus is very rare, the infection is serious, and case numbers have approximately tripled in the last decade. They hit an all-time high in 2019 with 39 cases over the course of the year in the US. Human Powassan virus cases are not limited to the US, however, as they have been reported in the United States, Canada, and Russia. Cases occur most frequently in late spring, early summer, and mid fall, which corresponds to high activity levels within the life cycle of the blacklegged tick. Researchers are not yet certain which animal species serves as the reservoir host for Powassan virus, or the population of animals in which the pathogen lives and reproduces, providing opportunity for other organisms to become infected. However, it is suspected that it may be white-footed mice, shrews, or even voles, as blacklegged ticks are known to feed on all of these species of small mammals. 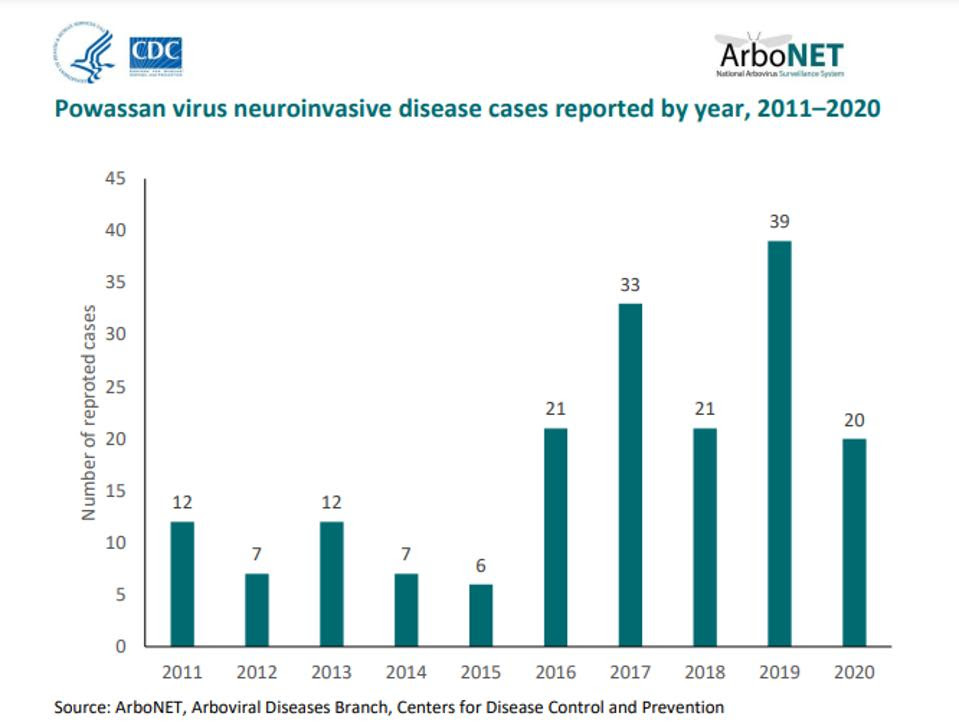 Number of Powassan virus Cases Reported Each Year in the United States. From 2011 through 2020, an average of 18 cases were reported annually  CDC

Powassan virus (POWV) is the only member of the tick-borne encephalitis serogroup of flaviviruses in North America. It is a type of positive-sense, single-strand RNA viruses from the family Flaviviridae which are often spread through arthropod vectors. Some other viruses in the flavivirus genus include West Nile virus, Dengue virus, Yellow Fever virus, and Zika virus, all additional examples of vector-borne diseases, spread to humans by mosquitos. Generally, the flavivirus genomes are non-segmented and around 10-11 kbp in length. The genome encodes three structural proteins (Capsid, prM, and Envelope) and seven non-structural proteins. 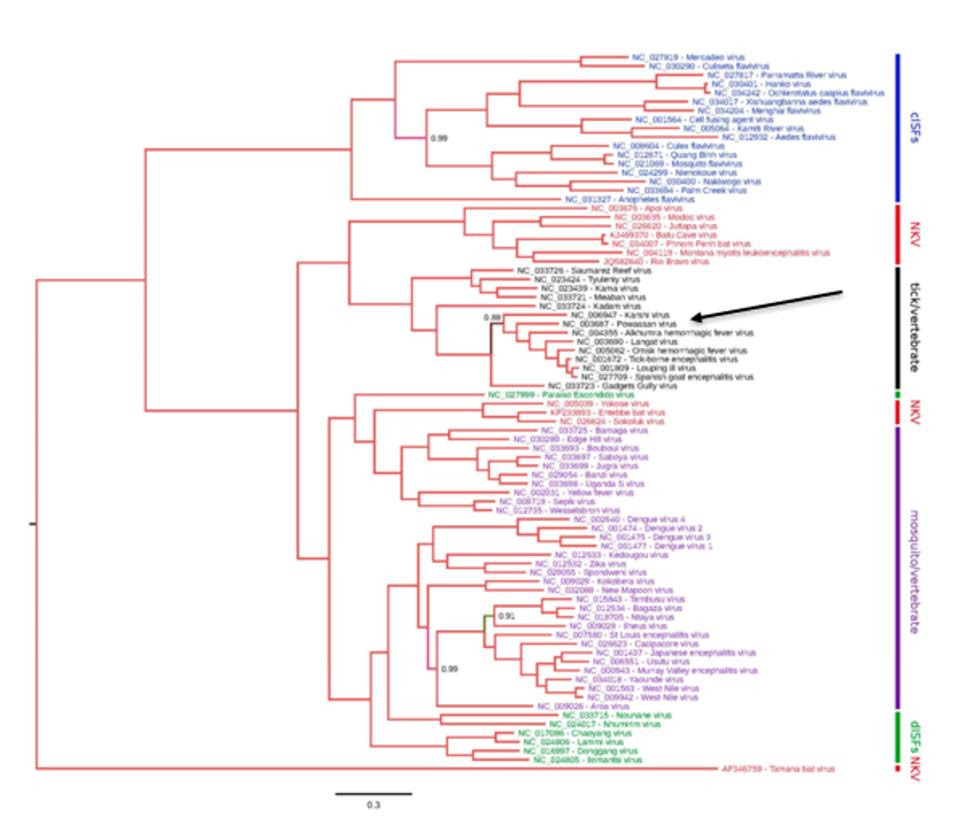 There are two genetically distinct lineages recognized, POWV (lineage I) and deer tick virus (lineage II). However, they are not serologically distinct, and either lineage could be responsible for a positive test for Powassan virus. POWV was first identified in humans in 1958 when a child died of encephalitis in the town of Powassan, Ontario, and the pathogen was isolated from his brain. 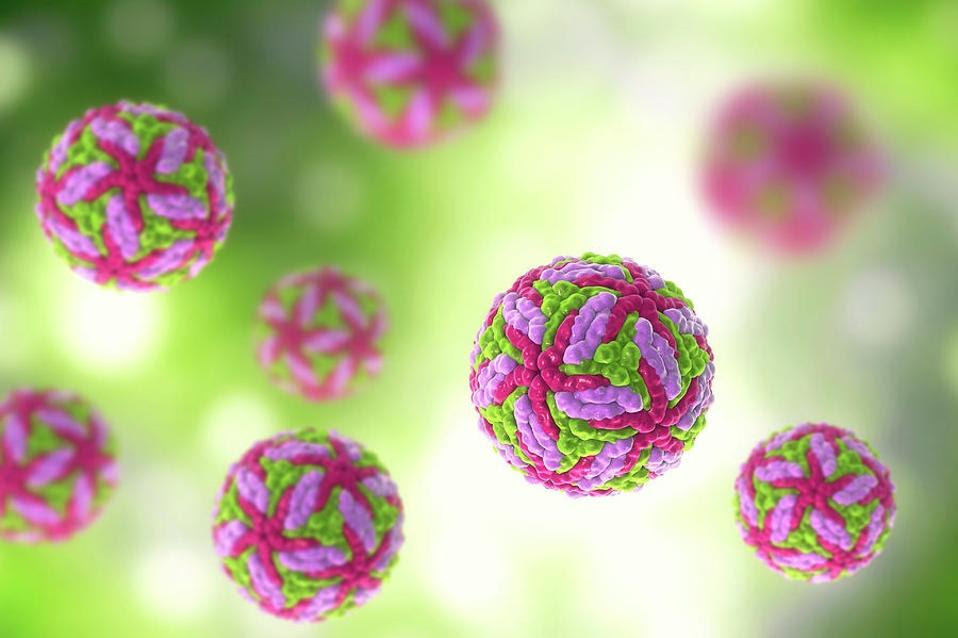 As Hermance and Thangamani report in Vector Borne and Zoonotic Diseases, Powassan virus is the cause of a severe neuroinvasive disease with a 10% mortality rate. While the initial symptoms are generic and mild, such as a sore throat, drowsiness, and headache, serious cases progress to neurological involvement. This often consists of encephalitis and meningitis, swelling of the brain and inflammation of the fluids and membranes surrounding the brain and spinal cord, respectively. Symptoms present as persistent fever, vomiting, difficulty speaking, and seizures. Even in the cases that are not fatal, 50% of survivors experience serious and long-lasting neurological symptoms such as recurring headaches and memory problems. Because there is no treatment other than basic supportive care, prevention and early diagnosis are key to recovery, making wide-spread awareness of Powassan virus vital.

Timeline of POWV Infection, Symptoms, and Diagnostic Testing. Shown is the chronology of POWV infection in relation to the clinical signs and symptoms of disease. During the early, viremic phase of disease, POWV can be diagnosed by virus isolation or by detection of specific nucleic acid/viral antigen. At later stages of disease, POWV-specific IgM and IgG antibodies can be detected. HERMANCE AND THANGAMANI, 2017

Cases of tick-borne disease including Powassan virus are on the rise due to a number of factors. As mentioned previously, tick-borne diseases are significantly underdiagnosed and underreported, partially due to their often generic, flu-like symptoms, in part because of the failure to consider or test for tick-borne diseases by doctors, and finally due to the lack of a nation-wide standardized reporting system. The recent increase in awareness of tick-borne diseases by both medical professionals and the general public has led to increased diagnosis and reporting, but this is not the only factor. As will be discussed further in this series, the combination of climate change, globalization, and habitat fragmentation is resulting in the range expansion of both native and invasive ticks. As a result, we will likely experience greater exposure to both familiar and emerging pathogens in the US and globally.